Ringo Starr and His All Starr Band Tickets

A night with true, legit, superstars! That's what Ringo Starr and His All Starr Band are made of, and they're coming at 'ya live from the Tanglewood Music Center on Friday 19th June 2020! This year's 2020 touring line-up includes Steve Lukather, Colin Hay, Gregg Rolie, Warren Ham, Gregg Bissonette and Hamish Stuart. What a night for your ears to bask in nothing but timeless classic hits not only from Ringo Star, The Beatles, but also respective hit songs from the above-named artists. What an absolute treat, for your and your music-loving squad! Hurry, book your tickets now! 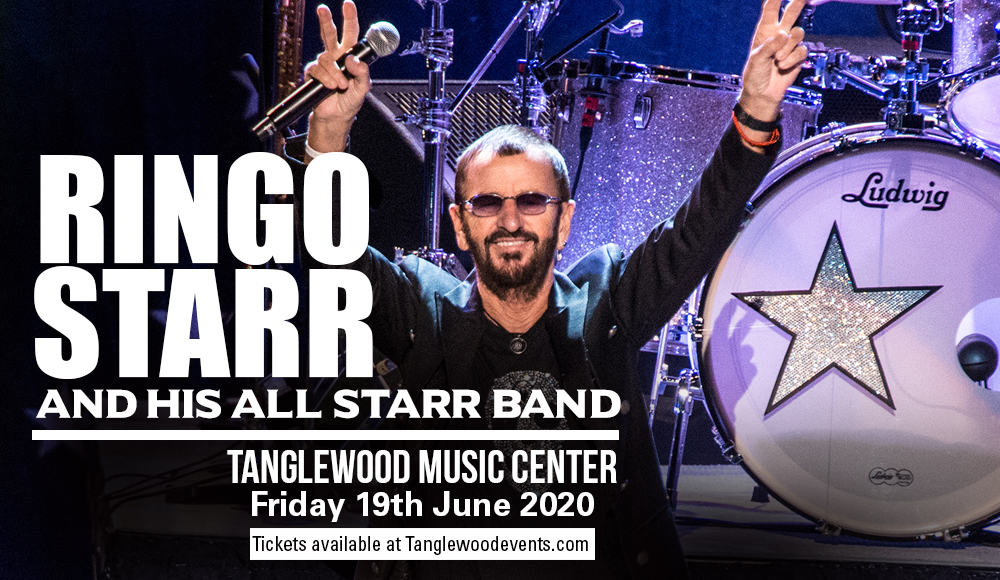 "I get by with a little help from my friends…" are lyrics from Ringo Starr's anthemic songs up there as one of The Beatles' most unforgettable singles. After The Beatles' split, this song was earmarked as 'Ringo's song'. And true to form, Ringo has traversed the path of a solo career with his friends in tow, most of the time. Hence, Ringo Starr & His All-Starr Band supergroup, led by former Beatles drummer and vocalist Ringo Starr, has been going for 30 strong years now.

Ringo Starr & His All-Starr Band has a line-up that lives up to its name. Each All Starr member must have at least three hit songs of their own and be capable of backing Starr on his own catalog of Beatles and solo classics. The only constant is Ringo; while the rest consists of an ever-shifting line-up, each member are superstars on their own right. This year's 2020 touring line-up includes Steve Lukather, Colin Hay, Gregg Rolie, Warren Ham, Gregg Bissonette and Hamish Stuart.

Ringo Starr need no fancy introduction. His iconic hits with the fab four –"Yellow Submarine", "With a Little Help from My Friends" and their cover of "Act Naturally", "Don't Pass Me By", "Octopus's Garden", "Boys", and a whole lot more, speak volumes of his influence and impact that revolutionized pop-rock music. As a solo artist, he spawned the hits "Photograph", "You're Sixteen", "Back Off Boogaloo" — all of which have achieved significant chart action. In 1999, he was inducted into the Modern Drummer Hall of Fame. Rolling Stone cited him as the fifth-greatest drummer of all time. He was inducted twice into the Rock and Roll Hall of Fame, as a Beatle in 1988 and as a solo artist in 2015.

A superstar with superstars, all together as one supergroup. How could anything be more spectacular than that?!! Book your tickets now!