The iconic Tanglewood will be enveloped by the timeless music of the American musical theatre legend, Stephen Sondheim, as the world-renowned conductor Keith Lockhart brings Sondheim’s music to this side of Lenox, Massachusetts. Together with the Boston Pops and a stellar Broadway cast, Lockhart will masterfully take audience members on a magical musical experience featuring Sondheim’s famous masterpieces. From the ground-breaking contributions of “West Side Story,” “Follies,” and “Company” to the beloved musicals like “Sweeney Todd,” “A Little Night Music,” “Assassins,” and many others, the show will remind you why Sondheim is considered one of the best composers and lyricists in the 21st century. Don’t miss this chance to witness a living legend honor another legendary icon on a night filled with nothing but extraordinary music. Come celebrate the legacy of a true musical luminary on this spectacular night at Tanglewood. Grab your tickets here. 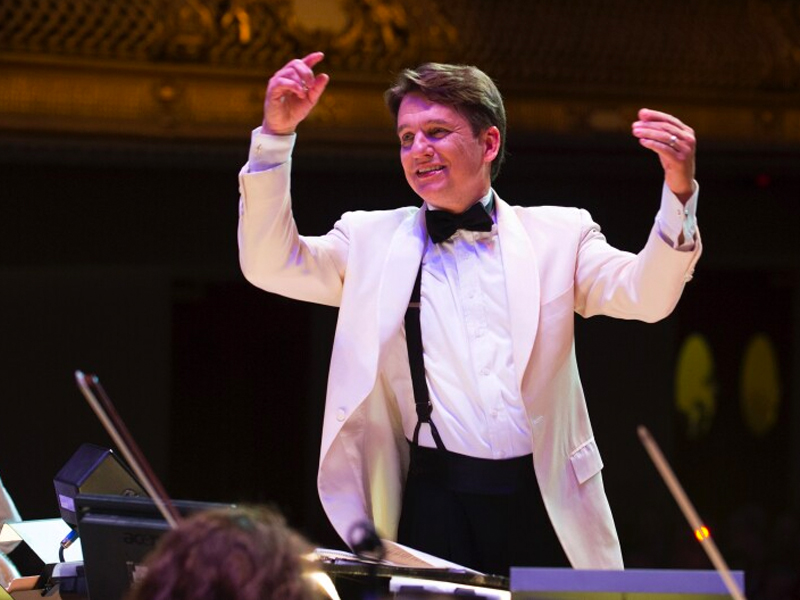 Conductor Keith Lockhart, the Boston Pops Orchestra, and an outstanding Broadway cast join forces to honor the late Stephen Sondheim through his most significant works in Remembering Stephen Sondheim. From ground-breaking musical creations such as Company, Follies, and Sweeny Todd, Lockhart will lead you on a trip of "music and lyrics of unprecedented complexity and sophistication" from the greatest reinventor of American musicals.

Keith Lockhart has been the conductor of Boston Pops for more than 25 years. He has led 2,000 concerts with the orchestra in many venues and events, such as the Super Bowl. It is also notable that many of their performances are of Sondheim's works. In the maestro's tribute letter to the musical genius in 2021, he wrote about his most memorable performances, which are Sondheim's musical A Little Night Music and the musical revue Sondheim on Sondheim. "I learned so much from his work…starting in 1985, when I conducted a forty-performance run of Sweeney Todd as a young musician in Pittsburgh and extending to 2017 when the Pops premiered an orchestral version of the autobiographical Sondheim on Sondheim, which Stephen honored with his presence when we performed it in Tanglewood that August," he adds. Apart from Sondheim, Lockhart has led tribute concerts for many composers and musicians.

This year, Lockhart and the Boston Pops is returning to Tanglewood in Koussevitzky Music Shed, Lenox, Massachusetts, on Friday, August 19, for a sentimental performance of Sondheim's music. Broadway stars Nikki Renée Daniels (Company), Conrad Ricamora (The King and I), Emily Skinner ( Once Upon a One More Time), and Alton Fitzgerald White (The Lion King) will join them.

Tickets are now available! You can reserve yours by clicking the "Get Tickets" button.