A multi-talented performer with one of the best-loved voices in the business, Josh Groban comes to Tanglewood Music Center on Tuesday 2nd July 2019 on his Bridges Tour! The tour is promoting his moat recent LP of the same name, so expect brand new material from Groban, as well as support from country singer-songwriter Jennifer Nettles! 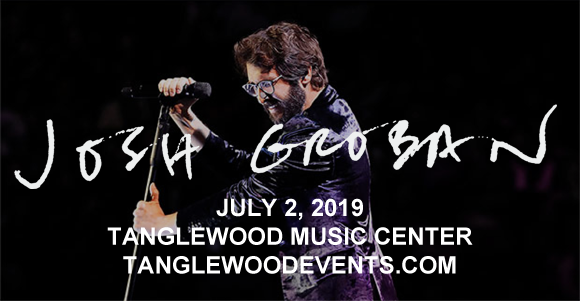 American singer, songwriter, actor and record producer Josh Groban was charted in 2007 as the number-one best selling artist in the United States, with over 22.3 million records. He began his music career in 1998 working for Grammy-winning producer and arranger David Foster as a rehearsal singer for several high-profile events, including the January 1999 inauguration of Gray Davis as Governor of California and the 1999 Grammy Awards. At the Grammy Awards, Groban was asked to stand in for Andrea Bocelli to rehearse a duet with Celine Dion, and caught the attention of actress and comedian Rosie O'Donnell, the event's host, who was impressed and asked him to appear on her show the following week. This in turn led to an appearance on the television series Ally McBeal. After signing with Foster's 143 Records (an imprint of Warner Bros. Records), he released his self-titled debut album in 2001, which marked the first of four multi-platinum-selling albums for Groban. He has released eight studio albums to date, and has sold over 25 million records worldwide.