In her BSO debut, JoAnn Falletta Conducts Roberto Sierra’s Fandangos, Pyotr Tchaikovsky’s beloved Violin Concerto and the symphonic poems Fountains of Rome and Pines of Rome by Ottorino Respighi. Joined by violinist Joshua Bell, a Tanglewood mainstay since 1989, only at Tanglewood Music Center on Saturday, August 6th 2022. Grab some tickets and come enjoy an engaging, exploratory riff on one of the most characteristic Spanish dance forms, the beauty of Romes’ culture and landscape with colorful orchestral cityscapes evoking some of its most prominent features at different times of day, and finally, wrapping it all up in the magnificence of Pyotr Tchaikovsky’s beloved Violin Concerto. 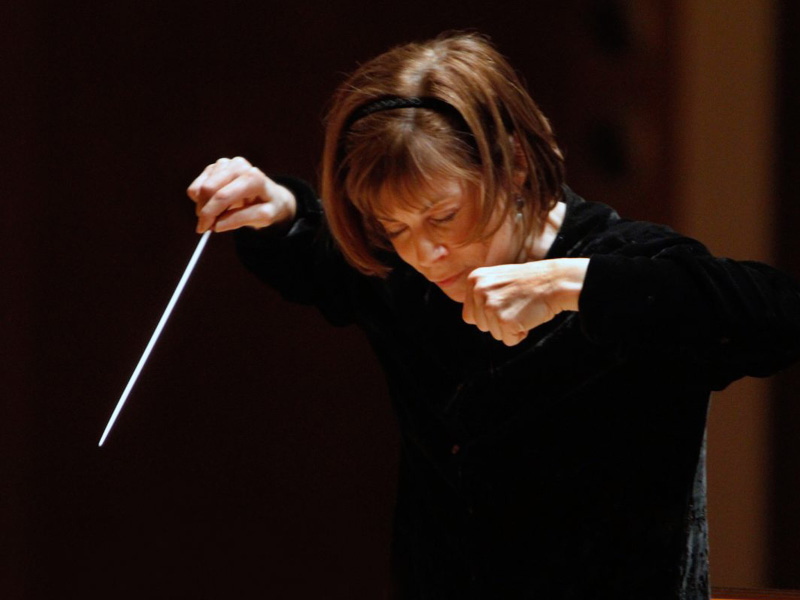 Multiple Grammy Award-winning conductor JoAnn Falletta serves as Music Director of the Buffalo Philharmonic, and the Connie and Marc Jacobson Music Director Laureate of the Virginia Symphony, Principal Guest Conductor of the Brevard Music Center and Artistic Adviser to the Hawaii Symphony, and was recently named one of the “Fifty Great Conductors,” past and present, by Gramophone Magazine. With a discography of over 120 titles, Falletta is a leading recording artist, and was awarded the 2021 Grammy Award for Best Choral Performance as Conductor of the world premiere of Richard Danielpour’s The Passion of Yeshua. In 2019, she won her first individual Grammy Award as conductor of the London Symphony in the Best Classical Compendium category.

Joshua Bell is one of the most celebrated violinists of his era. Having performed with virtually every major orchestra in the world, Bell continues to maintain engagements as soloist, recitalist, chamber musician, conductor. In 2011, Bell was named Music Director of the Academy of St Martin in the Fields, succeeding Sir Neville Marriner, who formed the orchestra in 1959. Bell's history with the Academy dates back to 1986 when he first recorded the Bruch and Mendelssohn concertos with Mariner and the orchestra. Bell has since directed the orchestra on several albums including Vivaldi’s Four Seasons, Voice of the Violin, For the Love of Brahms, and most recently, Bruch: Scottish Fantasy, which was nominated for a 2019 Grammy Award.