EVENT CANCELLED. Please contact your ticket point of purchase to claim a refund on your tickets.

Boston Pops Orchestra presents Star Wars: The Empire Strikes Back with live orchestra! Feel the force around you as the Boston Pops Orchestra, directed by Keith Lockhart, plays the live orchestral accompaniment to the film at Tanglewood Music Center on Friday August 21st 2020. The battle for the galaxy intensifies in this thrilling fifth episode of the unfolding saga by George Lucas. Come and watch the Rebels brutally overpowered by the Empire on the ice planet Hoth and Luke Skywalker begins Jedi training with Yoda. 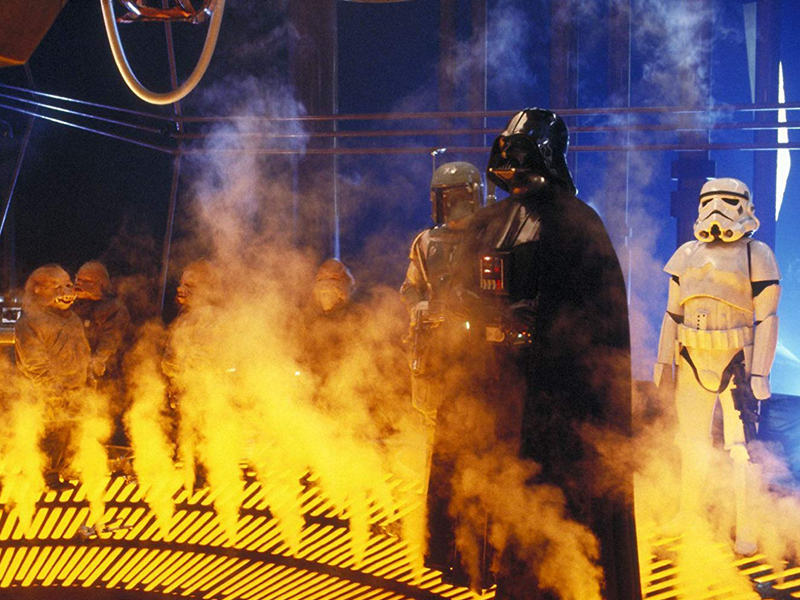 Han Solo, Princess Leia and Chewbacca escape the ice planet Hoth in the Millennium Falcon, Luke Skywalker travels to Dagobah in search of Master Yoda, only with his help can he hope to overcome the Dark Side of the Force and face his ultimate enemy Darth Vader. Meanwhile Han Solo and Princess Leia flee to Cloud City where they are captured by Darth Vader.

Star Wars: Episode V – The Empire Strikes Back was released in 1980. The second entry in George Lucas' Star Wars trilogy, it was very well received by audiences at the time, it received two Academy Awards, a BAFTA Award and a Grammy Award and it continues to be a favorite among Star-Wars fans. It scored an astounding 94% fresh from Rotten Tomatoes! With a critic’s consensus; Dark, sinister, but ultimately even more involving than A New Hope, The Empire Strikes Back defies viewer expectations and takes the series to heightened emotional levels.
The score composed by John Williams who, yet again, takes this film to another level. Working with the director and producers, Williams develops and expands original themes. He creates a new and unforgettable theme for Darth Vader, with strong militaristic overtones, and clever themes for Leia and Han, and for Yoda. He weaves the score into the film expertly, giving moments of tension, excitement, thoughtfulness, mystery and tragedy with aplomb. The score feels more operatic than a New Hope, and helps cement this as one of the best adventure/fantasy films ever made.
The movie is Rated: PG (for sci-fi action violence)
It Stars: Mark Hamill, Harrison Ford and Carrie Fisher
The runtime is 127 minutes